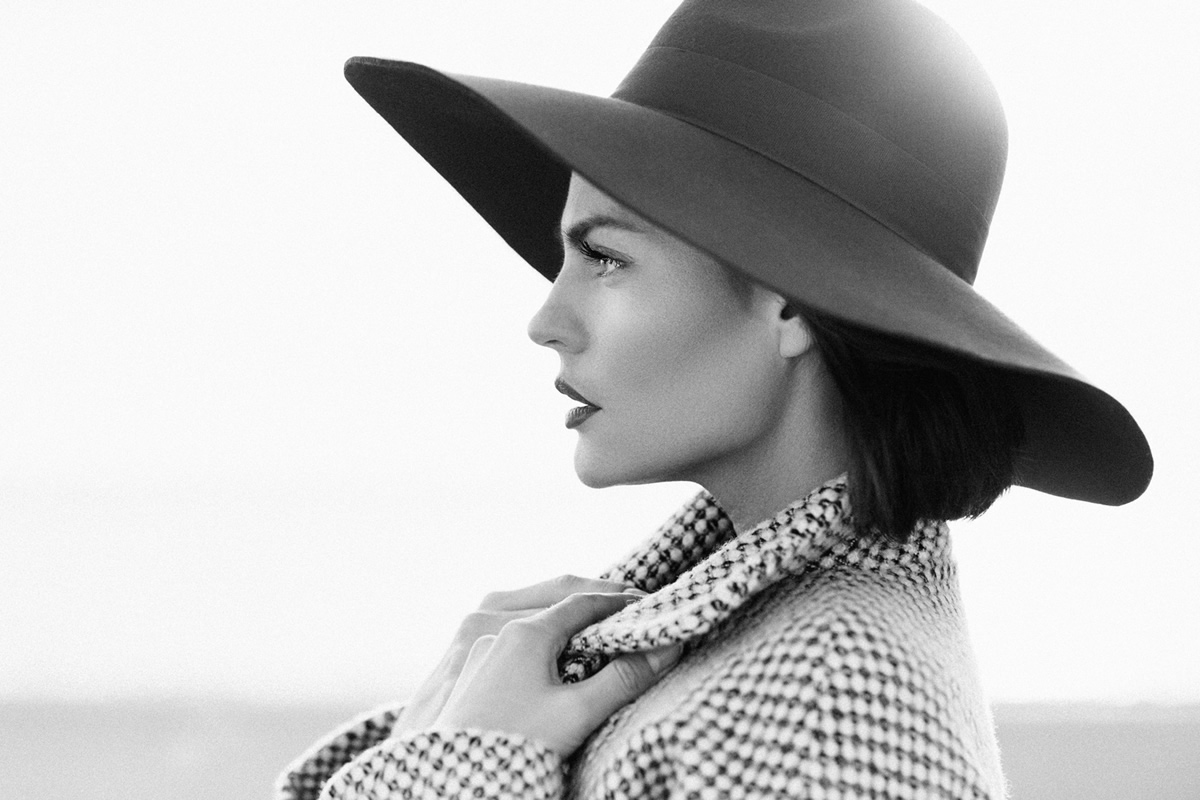 It's hard to think of famous fashion designers without the first name that comes to mind being Frenchwoman Coco Chanel . His last name gave name to one of the most famous brands in the history of haute couture , perfumery and luxury .

In this article we are going to make a brief review of the life of this creator, stopping at the most important moments of her professional career.

This post dedicated to the biography of Coco Chanel should serve as a tribute to who was, without a doubt, one of the most influential designers of the 20th century.

Gabrielle Chanel (for that was Mademoiselle 's real name) was born in the humble town of Saumur (France) on August 19, 1883.

Member of a family of six siblings (two boys and four girls), her mother died of bronchitis when Gabrielle was 11 years old. The father, overwhelmed by the situation, gave his sons to a peasant foster family and interned his daughters in the Aubazine orphanage.

It was there, in that orphanage, that Gabrielle learned to sew. At the age of 18, she was transferred to a new religious boarding school, where she remained until she was 21 years old.

In this new orphanage, located in Moulins, who years later would be the best-known fashion designer in the world began to work as a tailor's assistant. Attracted by the world of cabaret, she began to be called Coco .

Determined to make a living as a singer, she went to Vichy, where she was unable to find work. Back at Moulins, Gabrielle began to assume that she would never be a nobody in the world of song. 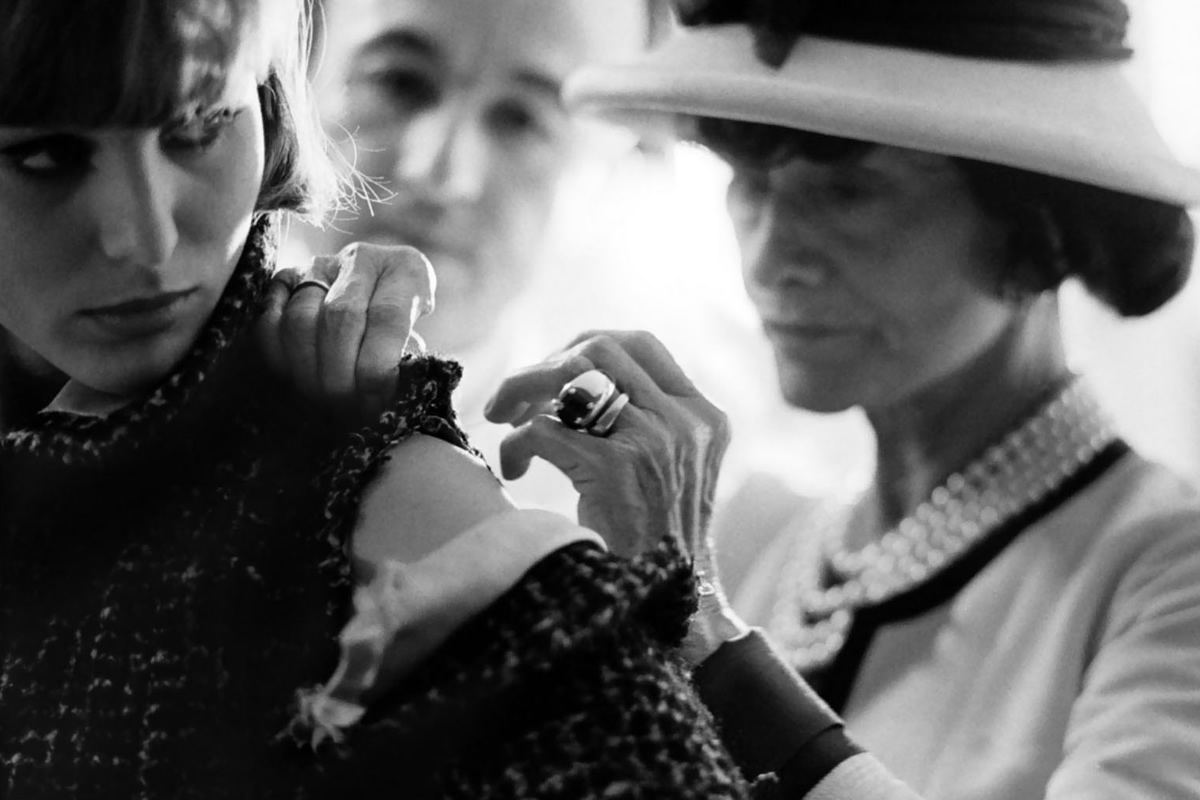 The Chanel style: beginnings and success

His life underwent a 180 degree turn when he met Etienne Balsan . Balsan was a wealthy young man who owned a castle at Royallieu. It was in that castle that young Gabrielle discovered luxury. It was there, too, where he began to rub shoulders with high society.

Within those elitist circles, she soon stood out as an elegant woman, with a sober style and a somewhat androgynous touch. It was at this time that he began to design his own garments and also make hats for his friends. The great artist was ready to take flight.

For this it was necessary to meet another man, a young English friend of Balsan whose name was Arthur Capel and was known as Boy. The mutual crush that Capel and the young woman felt made her tell him her dream: to open a hat shop in Paris.

Capel, associated with her, allowed that dream to come true. Coco opened her hat shop in a building located at 21 Rue Cambon . It was the year 1910.

The success of her hats and the admiration caused by the very clothes she wore made her clients encourage her to open a boutique. He did it in Normandy, in the town of Deauville. It was 1913. It was in that boutique that Coco sold her first clothes aimed at the luxury market and also at sports.

The success was immediate. Not even the First World War stopped her. In 1915, at the height of the war, he opened a new boutique, this time in Biarritz, near the Spanish border.

The Chanel style began to become perfectly recognizable and gain followers among European high society. Mademoiselle Coco Chanel 's designs were elegant and functional and had that masculine touch that we talked about earlier. Corsets and rococo designs went down in history with it. The comfortable lines were called to become the prevailing note in the world of haute couture.

Vogue , the famous fashion magazine, dedicated a large space in its pages to the French designer's creations. Coco Chanel, who would appear regularly in the famous publication for many years, had established herself.

He demonstrated this by opening in 1918 what was destined to become his most iconic boutique: the one located at number 31 Rue Cambon. When opening that store, Mademoiselle had more than 300 employees in her charge.

Professional success, however, was marred by the death of Boy Capel. A car accident ended her life in 1919. Gabrielle's grief was immense. His artistic reaction, enhancing the presence of the color black in his creations, immersing himself in the work and exploiting his imagination to the fullest. 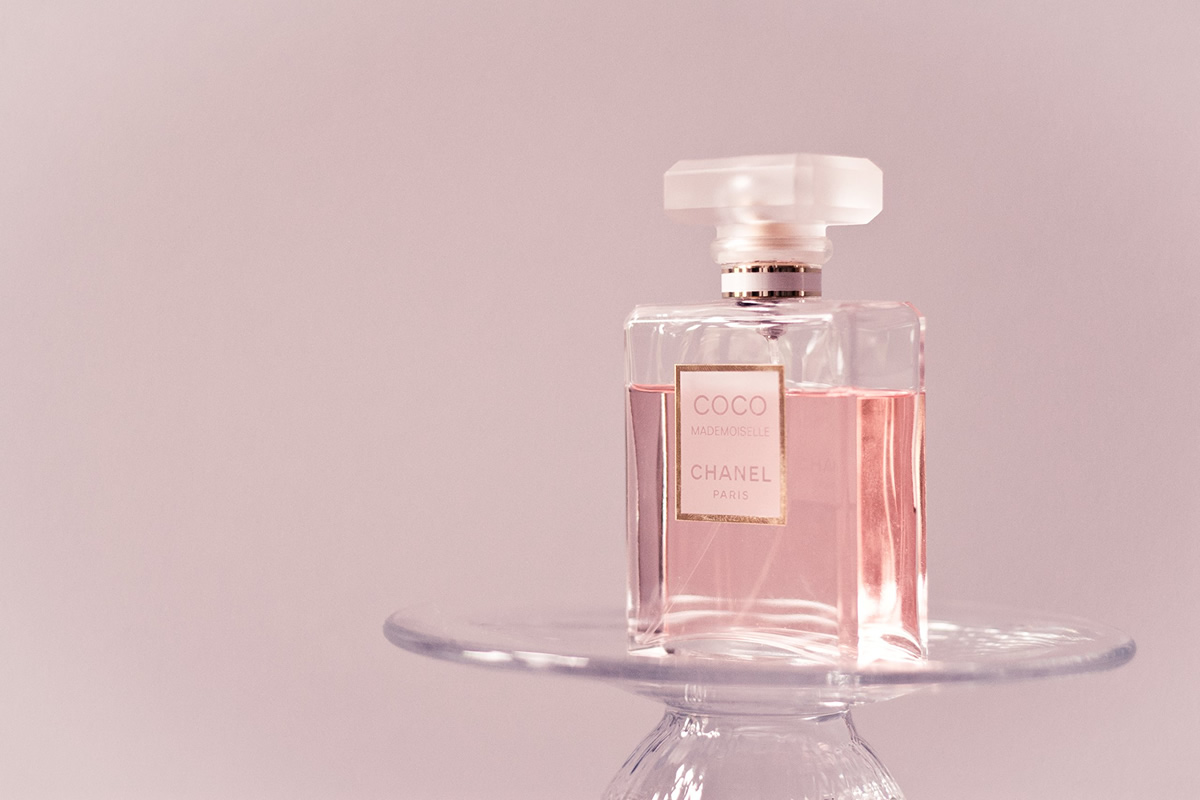 There are many Coco Chanel phrases that have gone down in history. One of them was the following: "a woman without perfume is a woman without a future". To go from words to deeds, the creator hired the services of perfumer Ernest Beaux .

Beaux created a mythical fragrance for Coco, Chanel Nº5 . It was the year 1921 and from that moment the brand established itself as a reference point in the world and in the history of perfumery. A notable list of fragrances would accompany the legendary perfume of the Parisian firm over the years.

To create the Chanel Parfums company in 1924, the brand's perfume division, the designer partnered with the Wertheimer brothers. The creation of fragrances, however, provided the creator with more prestige than economic benefits, since she only participated in 10% of the profits generated by the perfume division.

The progressive opening of new boutiques and the creation of the jewelry line, in which pearls quickly acquired an important role, demonstrated the extent to which this woman who had lived a tough childhood and adolescence had managed to succeed.

Among his contributions to the world of haute couture, the tweed jacket and skirt suits, the knitted sweater and the skirts with a slightly shorter cut than the classic one should be highlighted.

In 1935, the number of employees of the firm had exceeded the figure of 4,000 employees and Hollywood requested the designer's creations for their productions. World War II changed that situation. 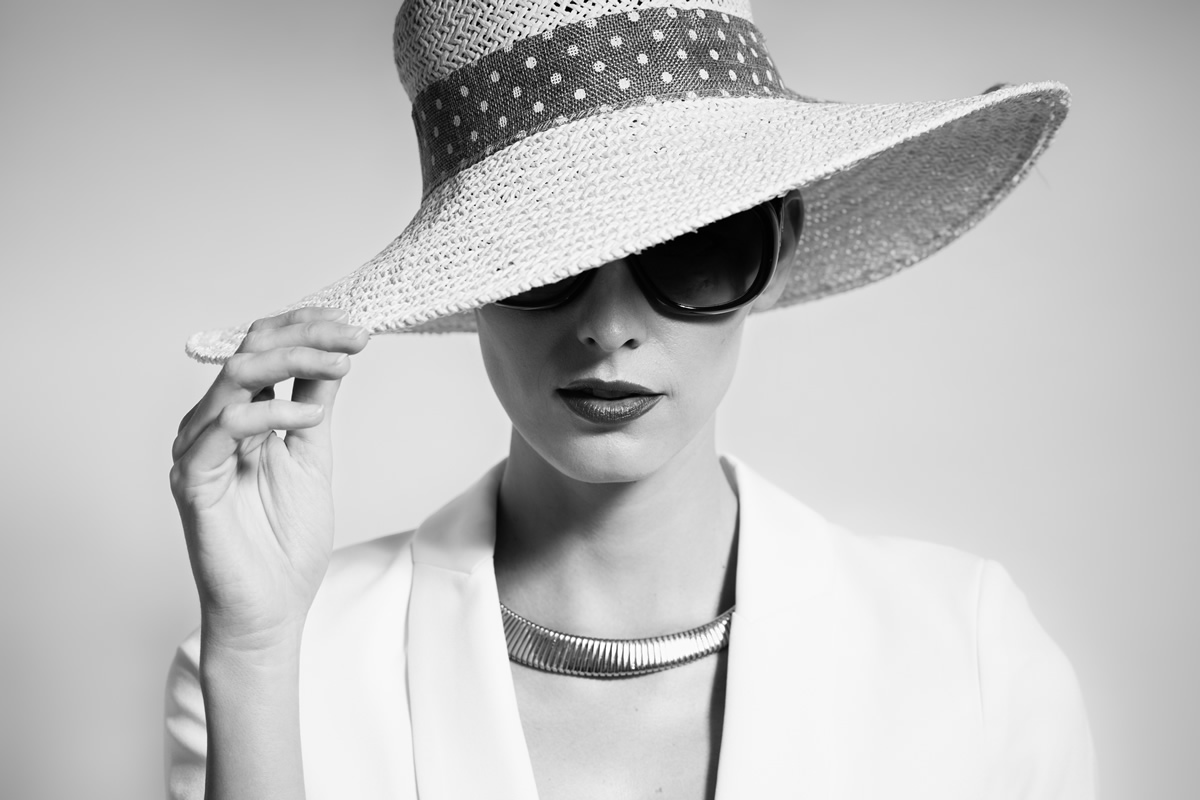 When the war broke out, Gabrielle closed all but one of her boutiques: the one on Rue Cambon. He stopped designing clothes ("this is not the time for fashion," he said), and dedicated the store to the sale of perfumes and accessories.

Despite this, there are not a few people who have criticized Coco Chanel's position during the war. One of the things that was criticized the most was that he took advantage of a rule of the collaborationist government of Marshal Pétain according to which Jews were prohibited from having companies in French territory in order, given that his partners in Chanel Parfum were Jewish, to try to keep 100 % of the company.

His relationship with a German agent during the war was also criticized. The recent declassification by the French Ministry of Defense of some secret documents has clarified the truth: the famous French designer was anti-Semitic, supported the Nazi regime and appears to have collaborated with German intelligence.

Her sympathies with the invaders during the war caused her to be arrested at the end of the war. Shortly after, already released, he decided to move to Lausanne (Switzerland).

The designer lived in Lausanne until 1954. Back in Paris, she reopened her boutiques. After the reopening, Chanel once again shook the world of fashion by launching a mythical accessory on the market. the 2.55 bag, to which the also legendary designer Karl Lagerfeld , who worked for the Maison Chanel , took it upon himself to give it a distinctive touch by launching a new version every year.

The fame and prestige of the designer did not stop growing during the following years until on January 10, 1971, Coco Chanel died alone in her room of what was her home for years: the Ritz Hotel in Paris.

To this day, Chanel is still a name of reference in the world of luxury and haute couture. 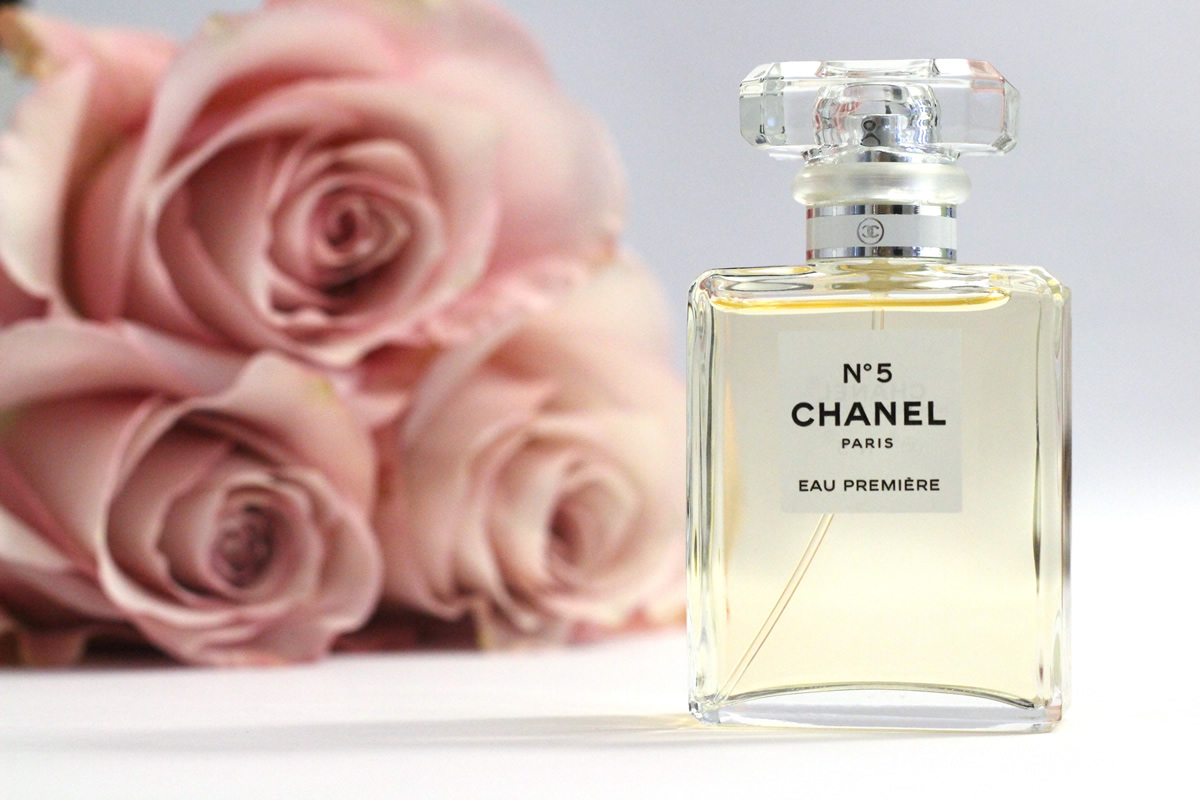